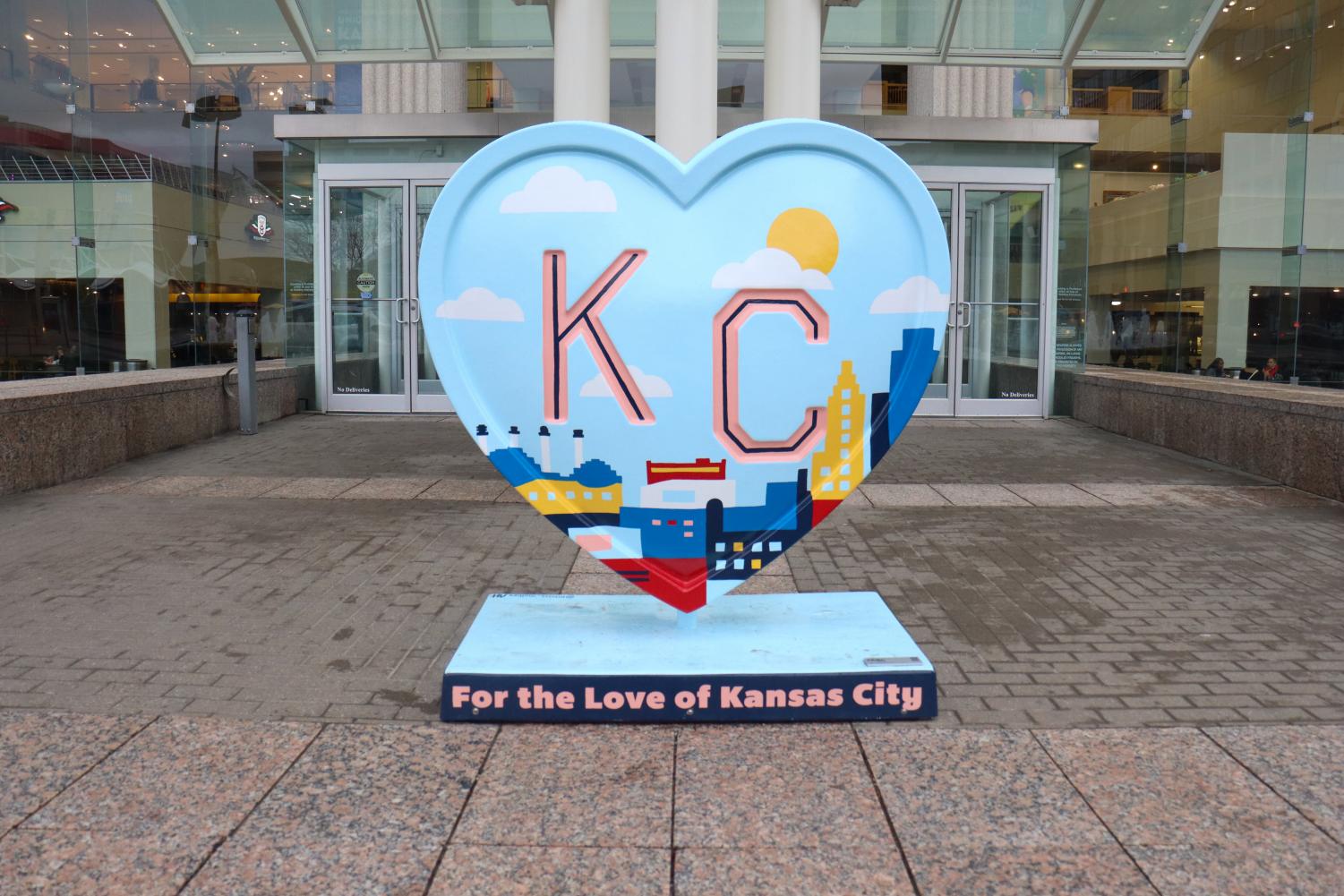 “For The Love of Kansas City,” created by artist Mollie Hanselman, was inspired by the Kansas City skyline. Her design used simple primary colors and shapes. “I hope that because of how simple the shapes are and elementary the color scheme is that they become in tune with their inner child and are able to see the world through them,” Hanselman said. (Humberto Bermudez)

“For The Love of Kansas City,” created by artist Mollie Hanselman, was inspired by the Kansas City skyline. Her design used simple primary colors and shapes. “I hope that because of how simple the shapes are and elementary the color scheme is that they become in tune with their inner child and are able to see the world through them,” Hanselman said. 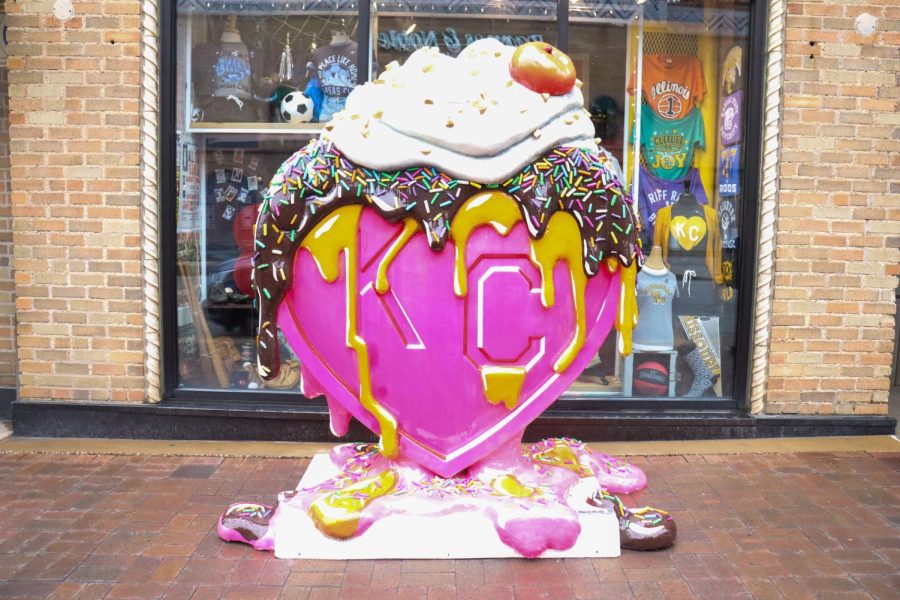 Gallery|5 Photos
Humberto Bermudez
“A Summer Sundae Kinda Love,” created by artist Trew Love, was inspired by her childhood, when her father would take her out for ice cream. Love added a secret detail to tie her piece to Kansas City. There are two hidden Kansas City sports teams’ sprinkles. “There is a Royals sprinkle and a Chiefs sprinkle that you can find if you look for them,” Love said.

In a city-wide art display, 154 five-foot hearts were placed all around the Kansas City metro for the Parade of Hearts, featuring local artists.

Artists were given creative freedom to showcase original artwork focusing on what united the Kansas City community and made it unique.

She has worked on projects with the World War I museum, and that was what inspired her design. The poppy was made famous in WWI by a physician who wrote the poem “In Flanders Fields.” After the war, poppies were one of the first things to bloom again.

“It does symbolize death because of the red representing blood,” Koch said. “But it also is a sign of rebirth and hope and rejuvenation.”

Koch’s heart featured a simple white hand holding a bouquet of poppies on one side, and the other side highlighted a brown hand holding the same bouquet.

“It talks about the different cultures that make up the Kansas City community in a very simple way, with skin color,” Koch said.

Mollie Hanselman was the artist behind the “For The Love of Kansas City” heart. Hanselman, originally from Minnesota, said she was instantly inspired by the skyline when she moved to Kansas City.

“I didn’t know Kansas City was such an urban place; and I also live downtown, so the skyline is just home for me,” Hanselman said.

Her design took a youthful approach, with bright primary colors and simple shapes. She hoped her design would bring out people’s inner child.

Trew Love created “A Summer Sundae Kinda Love.” The heart reminisced on her childhood, a reminder of the days when her father would take her out for ice cream.

“Every time we’d ever win a game, or it was just a nice Sunday, or he just wanted some father-daughter bonding,” Love said. “It was really nice to have the memories of going downtown to ice cream shops and spending time with the people I love most.”

“Ice cream and bright colors are two things that always bring me joy, and to smash those together on a huge heart, it all seemed to fit together perfectly,” Love said.

Tracy Kapperman was the artist of two hearts: “Home” and “We Are Monarchs.” “Home” was inspired by Union Station. She said she liked that it was something bright and colorful.

“I just wanted to pick something that was a hometown favorite scene that everyone would enjoy,” Kapperman said.

Staley alumnus Adam Freese, who graduated in 2017, designed the heart titled “Fly Over This.” The heart’s theme suggested that Kansas City is overlooked. Kansas City sits on the border of Missouri and Kansas, which are both often considered “fly over” states, making Kansas City a “fly over” city.

“I developed the phrase ‘Fly Over This’ as kind of a sarcastic rebuttal to that,” Freese said.

His heart was placed outside the Twin Miniature Museum in downtown Kansas City. He hoped his design would encourage people to have pride in their city.

“Everyone and everything in Kansas City is worth more than being considered ‘fly over’ territory,” Freese said.