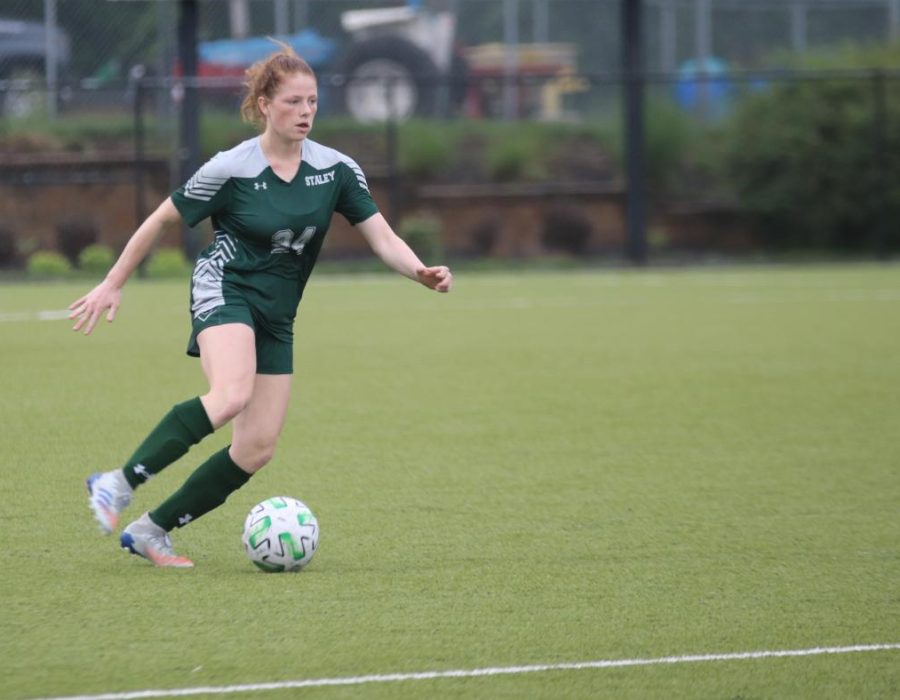 Running tests have been a requirement for varsity boys and girls soccer since the school opened. Even star players won’t make varsity if they don’t pass two running tests out of the three, no matter how good the players are.

“I started the fitness test probably when I first started at Oak Park – 1999 on the boys side,” varsity boys and girls coach Johnny Chain said.

Chain started the running test with the boys having to run a six-minute mile, but that has changed.

“Instead of just doing one test in a straight mile or a two-mile test, those changed where we made the test more about game-like situations,” Chain said.

Before Chain came to the school to coach, the school’s original head soccer coach Scott Anderson required a running test as well, although it was different from Chain’s. The tests assess skills such as sprints, turns and endurance.

“It shows the coaching staff and the players on the team a lot of things,” Chain said.

Each running test has something that involves game-like situations. The 120s are sprints with a 20-second time. They show the coaches how fast the players can turn. The Carolinas are sprints to each cone and back. They must do this test three times and in under 59 seconds. The Carolinas show the athlete’s turns and speed, and the 600s are running down the field and running back down three times, and they show more of the player’s endurance and turns.

“It’s more than if you are fit enough to play the game of soccer,” Chain said.

The tests show how committed a player is to the sport and to the team, which Chain said is part of what the coaches look at.

“I go to the winter conditioning, and I run on my own,” varsity player junior Hope Hines said.

She said the tests show how mentally tough the players are. Hines said she prepared herself for the test because she knows it’s about their fitness level.

Players make this commitment before the high school season begins. Most of the players who make varsity have played club soccer. There are also conditioning exercises the coaches provide that can increase performance on the tests.

Coach Lauren Sullivan is an alumni of the team and former college soccer player who teaches at the school. She was coached both by Chain and Anderson and had the running tests. Sullivan said the tests mentally prepared her for the season.

“Mental toughness is a big one,” Sullivan said. “Oftentimes your mind is going to quit before your body does, and so if you’re physically fit enough and mentally tough, you’ll be great for this test.”

Mental toughness can play a major part during games. The tests also show their fellow teammates how committed they are to this team.  She said the tests are a solid source of information for the coaches to consider. Chain and Sullivan said the tests are not all about the athletes’ endurance level or if they are fit enough but also their commitment to the team and whether they are mentally tough enough to get through them.