Original Or Not? Band Rising In Popularity Sparks Debate 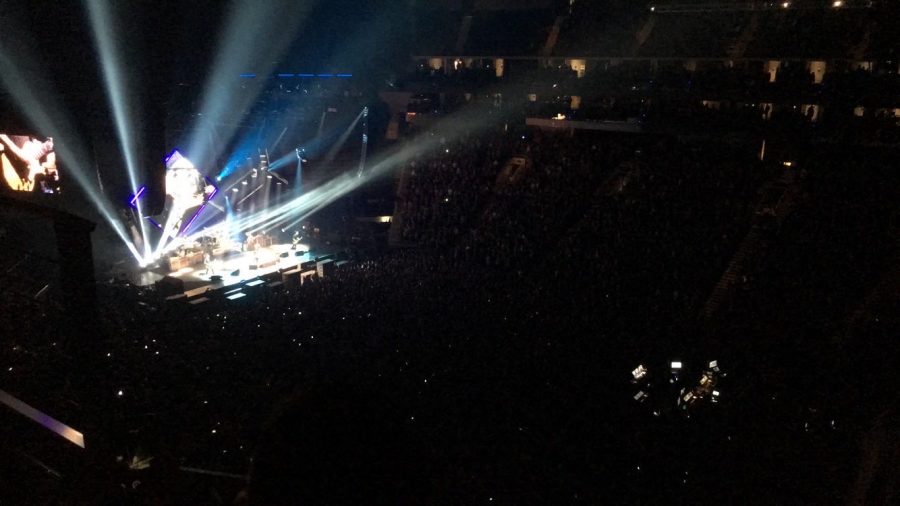 My musical journey started with me listening to Radio Disney and pop music. By fifth grade, I had begun listening to Kiss and Lynyrd Skynyrd, which opened my musical world to classic rock. This quickly became my most listened to genre, with Led Zeppelin becoming one of my favorite bands.

Fast forward to 2017: I learned of a new band named Greta Van Fleet from Instagram ads and my mom. When I initially listened to them, I remember thinking to myself, “Is this a forgotten Led Zeppelin song?”

Excited about this new band, I supported them until the release of their debut album in 2018, which did not go over well with critics. I enjoyed the debut “Anthem of the Peaceful Army,” but Pitchfork and Anthony Fantano of theneedledrop both gave the album very negative reviews, which honestly made me stop listening out of embarrassment.

However, come 2021 with Greta Van Fleet releasing a new album, I decided to give them another shot. I listened to their early work again and was surprised at how well I remembered and liked the songs and realized they are my guilty pleasure. But a band I like shouldn’t have to be a guilty pleasure. People should be able to enjoy any music they want.

With that being said, there are valid criticisms of the similarities between Led Zeppelin and GVF. For example, on GVF’s 2017 EP “From the Fires,” the song “Highway Tune” sounds like a slightly faster version of Led Zeppelin’s 1975 song “The Rover.” Josh Kiszka of GVF sounds a lot like Zeppelin’s Robert Plant on their first two efforts as well.

Pitchfork described GVF as “the cheapest high in music,” in regard to the Zeppelin nostalgia they conjure up. That’s a valid description of what it is like to listen to their first EP and debut album for classic rock fans, but it also doesn’t have to be a negative thing, especially since the band has grown and matured.

As they matured, they started to develop their own sound, and the Zeppelin influence isn’t as strong anymore. On 2021’s “The Battle at Garden’s Gate,” they take on more Rush influence than the Zeppelin sound that was prevalent in their first two releases.

The most popular criticism of GVF is how they “rip off” Zeppelin. This criticism isn’t that valid though, as Zeppelin fans know some of their most popular songs are either covers or considered rip offs from other artists. “You Shook Me” and “Stairway to Heaven” are just a couple of examples of Zeppelin songs that resulted in lawsuits.

Ultimately, people should be able to enjoy whatever type of music they want. It’s OK if bands wear their influences on their sleeves while they’re developing their own sound.