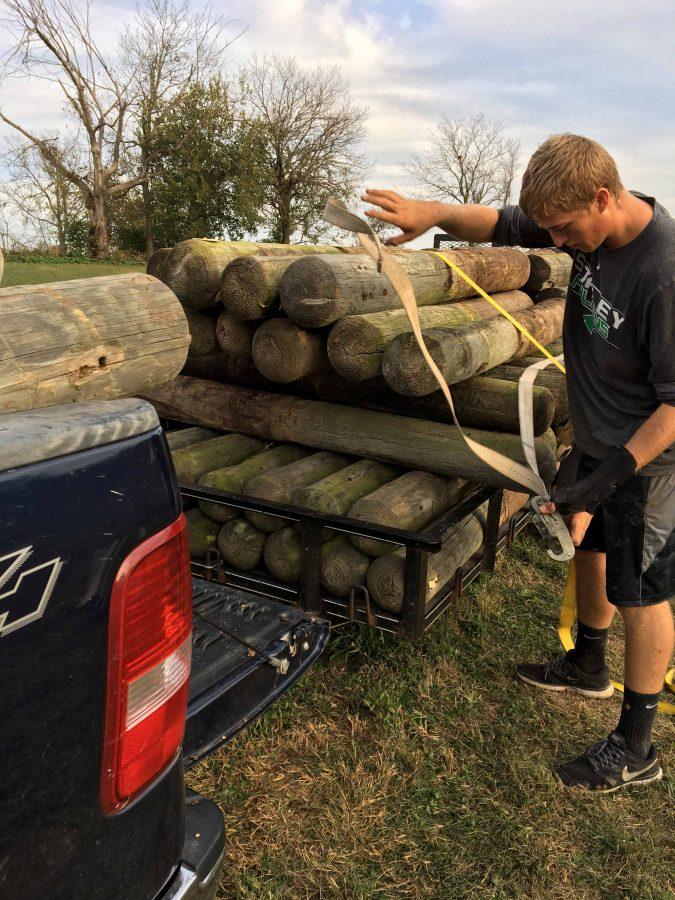 With cross country ending in the fall, Coach Elisha Bears and seniors Casey Flynn and Tyler Collins have been working to build a course to use for practice and meets.

“When the idea was first mentioned to the team, Tyler and I stepped up and started helping with the preparations,” said Flynn.

Bears said he went to Flynn and Collins because they were the only senior boys on the team, and he believed that they were best suited for the job. Collins had been running cross country since freshman year and Flynn since sophomore year.

They said they intend to get the course finished by the next season and hope to be finished before the summer, so the team can practice it and adapt to it before having meets. The teams usual practice consists of running around the school and the surrounding streets with core and strength work.

“We’ve been working step by step to make a course from scratch” said Collins.

To get the course in action, a group of the boys from the team got together to begin the project.

“We got together and mowed the area, tilled it, then flattened it out and seeded the grass. And we’re in the process of putting the posts in,” said Flynn.

The course is 5k, 3.1 miles, and outlined with wood posts to prevent runners from going off trail or cutting.

This idea came in action because the team has to travel pretty far to meets.

“We wanted a course so we could have meets here instead of traveling far for them,” said Collins.

The course has the potential to bring some of the surrounding schools to the meets and make the competition more diverse.

They hope to bring in a crowd.

“The course will really give us the privilege to host meets and competition. We’re hoping to get more of a student crowd because we’ve never really had it,” said Collins.

With the early mornings, cold weather and driving distance the turnout of a fan section is low.

“The hope is that if we can finish it we can maybe host meets as soon as next year,” said Collins.