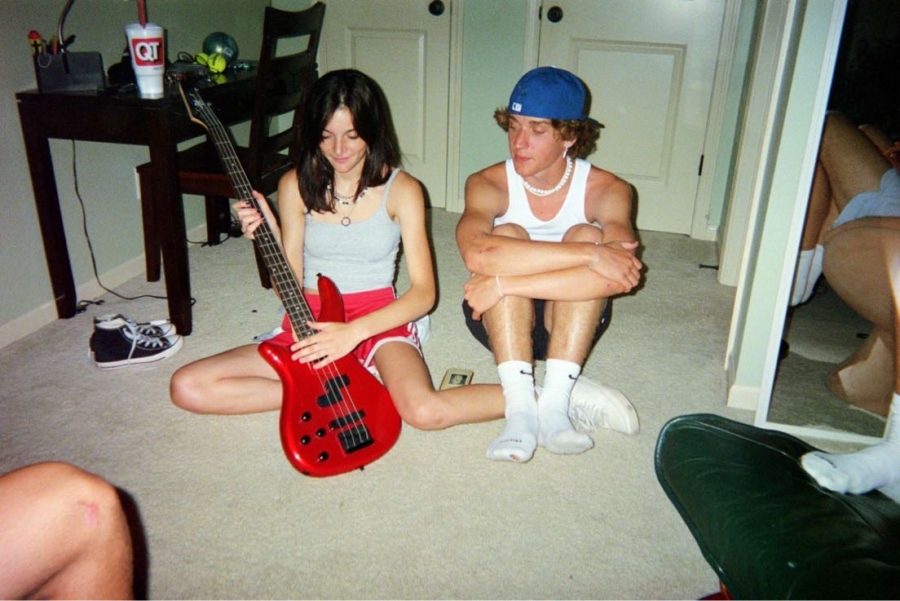 The year is 2013, and before going on Spring Break, a stop by Walgreens is necessary to purchase a disposable camera to capture every moment on vacation in a cheap and effective way.

Come 2021, smart phones hold some of the nicest cameras on the market, and it seems most everyone has a camera on them at all times, and disposable cameras are relics of the 2000s-2010s.

However, disposable cameras have seen a recent rise in popularity as younger people have gained an appreciation for different methods of photography, other than their smartphones’ cameras.

It’s a trend for students to use disposable cameras, and some have been using older digital cameras or even film.

“I think it’s more fun to have the actual copies of the pictures,” senior Lindsey Sheldon said.

At the beginning of the month, she got a new camera, took pictures the whole month and then turned it in to get the pictures developed at the end — getting the printed pictures back around the middle of the next month.

“I definitely think it’s something people should be doing more because I think it’s more genuine than just using a phone camera,” Sheldon said.

Similarly, junior Jacob Battey started using disposable cameras at the beginning of quarantine in early 2020. He enjoyed taking pictures of his friends while skateboarding and thought using a disposable camera would be cool.

“I like using them because you don’t get to see them after you take the photo,” Battey said.

“There’s no retakes. It’s just the moment you capture, and you get to look back on that in a month or whenever you get it developed. Nowadays, people are really self conscious, but with disposables you just say, ‘Nice,’ and put it back in your pocket after you capture that moment.”

TikTok is partially responsible for the rise in disposable cameras, like Sheldon said herself. The hashtag #disposablecamera now has more than 250.2 million collective views on TikTok.

Overall, this trend seems to be sticking around as it has been around for more than a year, and it seems to be the start of younger people using more than just their phones to capture memories.